How To Remove CD From Car Stereo With No Power?

Sometimes CDs get stuck in your car stereo. This can happen for a variety of reasons. If the CD is scratched too much the system might not read that it has a CD in it. This is especially true if the CD has been in the stereo for a while and not listened too. Other times the CD just gets jammed in the stereo. Well, in this article no matter why the CD is stuck, we will go over ways on how to get it out. Some of these methods will even work if the car stereo doesn’t have power. We are going to start with the simplest methods though and work to the tougher ones.

The first method that we will cover is the force eject method. Most stereos have a way to force it to eject the CD, even if it doesn’t realize that it is in there. This can even work when the stereo isn’t completely powered on in most cases. Depending on the stereo the force eject method is different, so you might have to look up the button combination to press for your particular set up.

For most stereos through the force eject is done by holding the power and the eject button. It is important to do this while the car is off, or else it might not work right. After holding the buttons for about ten seconds the CD should come out. If not, you can start the car and try this again. Even with the car running if this combination doesn’t work, then it might not be the right combination for your stereo or your CD player may not have forced eject.

If the force eject doesn’t work, then the next method you can try is using an extra CD. It is key to use a blank CD or one you don’t care about because it might get scratched or damaged. With the blank CD, you are going to stick it in the slot and try to use it to give the stuck CD leverage. The way you do this is you insert the second CD about an inch into the player. Make sure it is above the stuck CD. Then with the car on if needed press the eject button and wiggle the CD around in your hand. The extra pressure might give the stuck CD enough traction to come out. If you feel the stuck CD start to come out remove the other CD or relate the pressure to let the other CD slide out. Be sure not to get the stuck CD wedged between the CD in your hand and the edge of the player. This method can damage either CD and the player, so use caution when performing it.

The next method is useful for if the CD player won’t power on and that is why the CD is stuck. First, before performing the reset, you should write down all your saved stations and any settings you want to remember. That is because they will be gone after the reset and have to be fixed back. To reset the radio all you have to do is pop the hood and disconnect your car’s battery for about ten seconds. This will be enough time to drain out all the power from the radio. Then just reconnect the battery. If the stereo comes back on you are good to go and this might be all that is required to repower the CD player. Sometimes however this doesn’t fix the problem. If the CD player still doesn’t have power, then check the fuses and replace any that need replacing. After doing that the stereo should power on and you should be able to remove the CD.

The next method we will cover is starting to get to the more riskier methods. This method can damage the CD and or the player. Also, it can cause harm to yourself if not performed right and if precautions aren’t taken. So, with this method, you need something long and that has the strength to it but is also skinny. A butter knife or popsicle stick are some good examples. What you do with this method is you wrap tape around the chosen object so the sticky side is out. You need put in in the slot and try to get the stuck CD to stick to it and slide it out. The key is to go slow and be patient. Also, the tape you use needs to be strong. Gorilla tape or duck tape works well. The sticker is better.

This method works great for if the CD player won’t power on. However, if your player does have power, then you want to make sure to disconnect it. This is especially true if you are using something metal. That way you don’t electrocute yourself. Also, you want to make small and slow movements when you are sticking the object in the player or else you might damage the inside of the player or get the CD stuck more. Lastly, you want to go slow as to not scratch the CD. Patients are key with the taped knife or stick method, but sometimes it is the only method that works.

Using a Plastic Card and Screwdriver

The plastic card and screwdriver method are very similar to the previous one with a knife or stick and tape. For this method you again want to make sure there is no power at all going to the CD player and that any stored power is discharged. This will prevent you from getting electrocuted. Even though disconnecting things will keep you safe, there is still a potential for damage to the player or CD inside. Just like with the previous methods, anytime you are sticking something into the CD player, something could go wrong or get broken. It is important to remember that before trying this technique or other techniques.

If the risk is worth it, then for the plastic card and screwdriver technique you take a plastic card. An old credit card or unimportant card like that is best. Once you have your card you can put any kind of tape on it with the sticky side out. The sticker is again better. Then you stick the card into the slot. After it is in there you take a flat head screwdriver and use it to help get the card to stick to the CD. Once you feel the card is stuck to the CD you start to pull out using the screwdriver. The card can fit all the way into the CD player but can be hard to grip. That is where the screwdriver comes in handy.

If none of these methods work for getting a stuck CD out of the player or getting a CD out of a broken play that won’t power, then you do have one last option. That last option is to remove the stereo system out of the car and take the CD player apart. This can be a hassle and struggle for some people though. Alternatively, you can have your car taken to a place that will work on the sound system and they might be able to get it out. The good thing about taking it to someone is if anything gets damaged it is under there liability and not yours. This means that if something gets broke they will have to fix it for you instead of you having to solve the broken CD player problem yourself.

So, as you can see there are a handful of ways to get a CD out of a CD player. All of them can be used if you just have a stuck CD. On top of that, a few of them will even work if the CD player won’t power on. If you have a CD player with no power and can’t get the CD out, then try these methods if you are willing to take the risk. If not you will have to spend money taking it someplace to get the CD out. The key with any of these tips is to just be patient and take your time. When sticking things inside the CD player you have to be careful, but as long as you don’t rush you should not cause any more harm to the stuck CD or to the CD player. 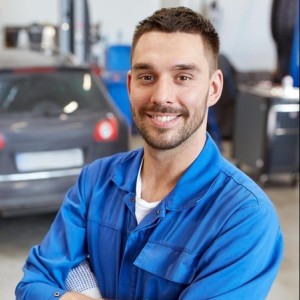 Single Din vs Double Din- What Is Different?

How To Break In A Clutch?